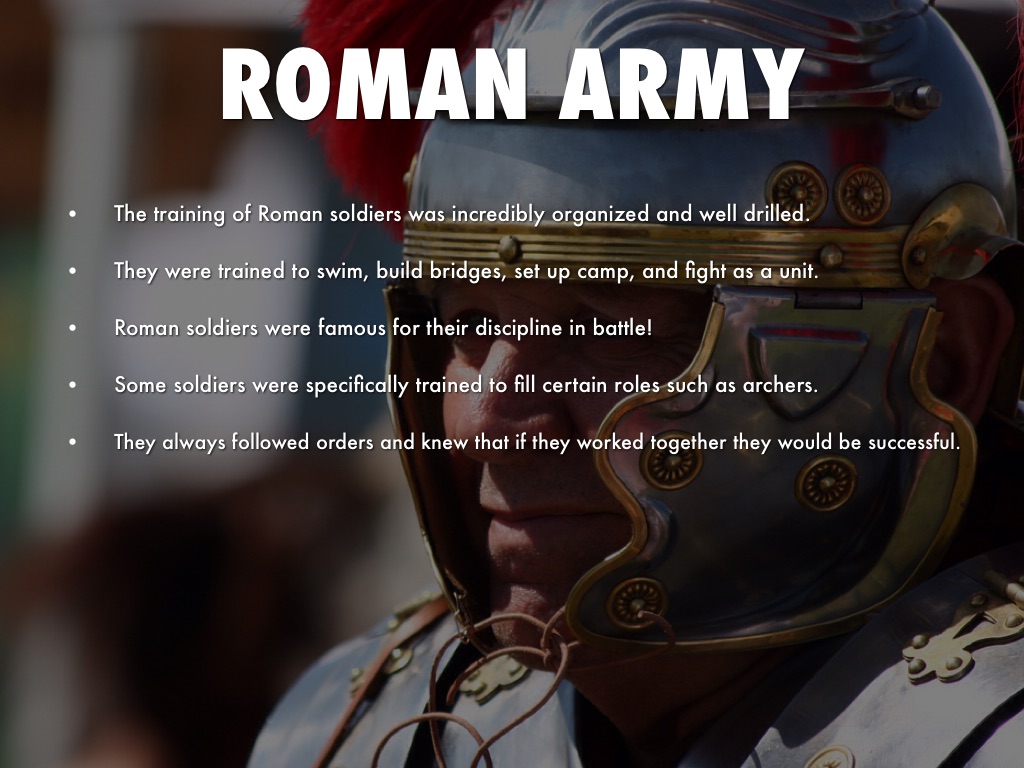 The centurion fought on the front lines alongside his men and was critical in maintaining the order and formation of soldiers. Roman legionary infantry would be equipped with a helmet, body armour, shield and greaves. Norman: University of Oklahoma Press, 1998. This could include bread, cheese, oil, fruit, vegetables, meat, fish, spices, salt, beer and wine. It may have never been intended for a century to have 100 members, and the size of the century in higher property classes would be smaller so that each vote would count for more. To take command of a legion a man would have to hold the position of praetorian rank or higher in the Senate. Additionally, there were special areas for training aspects like camp-building, fort-building, siege-works, artillery practice and bridge-building. 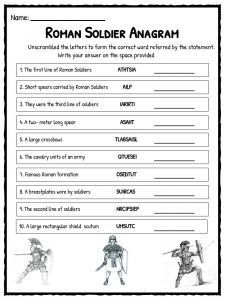 Maps would be studied very carefully when selecting the army's route to choose the most secure route with the least chance of ambush. To counter this strategy, Scipio made multiple channels in his lines so that these elephants could move into these lanes and to the back of the lines, where skirmishers would take care of the elephants. However, as the auxiliaries developed, a forth kind of troop was introduced, this reflected the fact the auxiliaries had developed into a status very similar to that of the legionaries. Efficient leaders proven in battle were chosen to command men. Before he got his vine-stock, which was the mark of his authority over a hundred men, he had, no doubt, marched many a weary mile under a heavy load, and fought, probably, many a bloody battle in foreign parts. A foederati was a treaty between Rome and a tribe requiring them to fight with Rome. 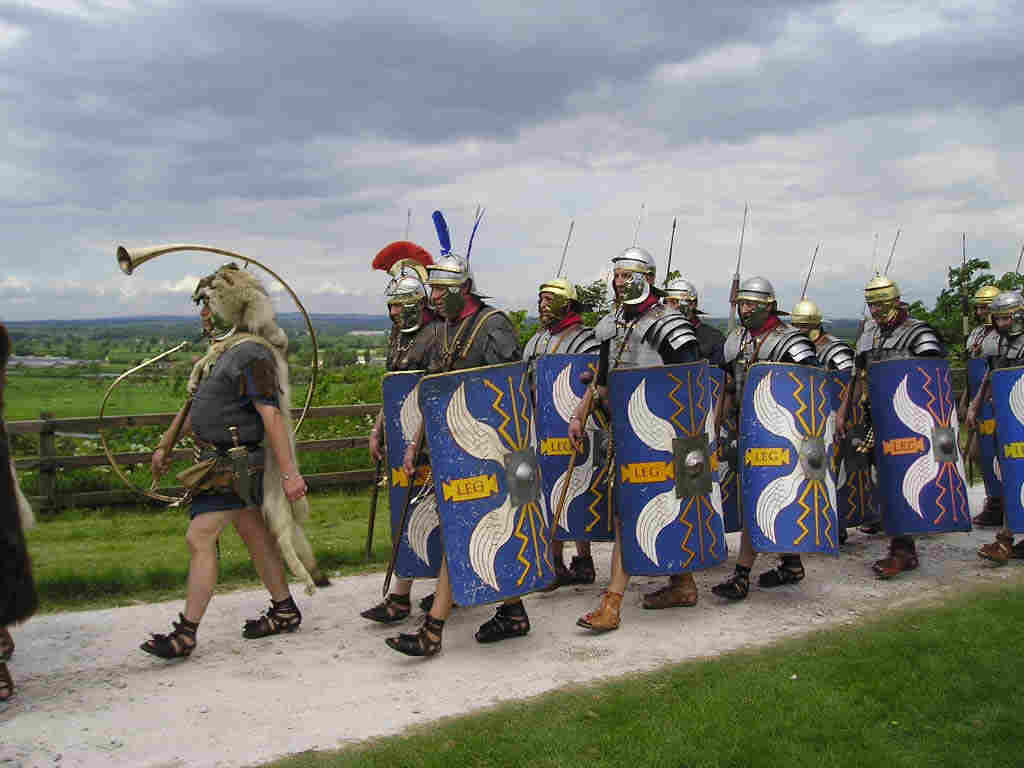 Then the Pelignians, since among the Italians it is an unnatural and flagrant thing to abandon a standard, rushed on towards the place where it was, and dreadful losses were inflicted and suffered on both sides. So I think the Medieval army would've won. Or is it the quality of the material that would make medieval armour better? I would heartily endorse all the above. Livy describes how a manipular formation was presented in battle: …what had before been a phalanx, like the Macedonian phalanxes, came afterwards to be a line of battle formed by maniples, with the rearmost troops drawn up in a number of companies. Roman armour was pretty sophisticated wasn't it? I'm also doubtful that the Roman army had the standards of training and professionalism that many modern commentators suggest in either the Republic or even in the standing army of the Imperial period. After some time the level of training would increase and they would fight mock battles with either practice weapons or real weapons covered in leather discs to prevent injuries. 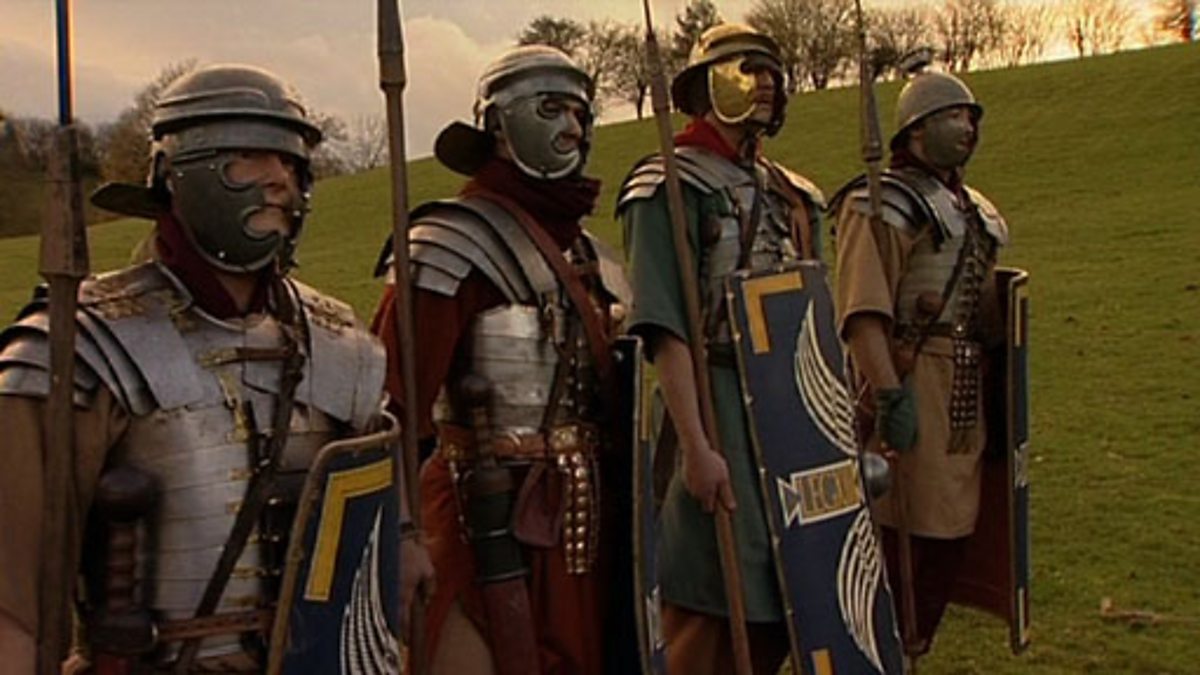 Now remember that he was the first heathen man of whom we read, that he acknowledged Christ. By the time all the deductions had been made, he was left with about one fifth of his original earnings. All of the training and unit tasks contributed to internalizing discipline and obedience among the men. Now holding real power, Caesar allied himself with two key people, Pompey and Crassus. A key problem with trying to reassemble training regimes for the Republic is that the most detailed source that survives dates from four centuries after the Republic.

These selected are punished with the fustuarium without mercy; the rest are put on rations of barley instead of wheat, and are ordered to take up their quarters outside the vallum and the protection of the camp. The first line : The first line comprised the hastati, or the newest recruits. Trajan's posthumous triumph was a rather unique occurrence in this regard but he was not a common soldier and that is the only case of a posthumous triumph being awarded that we know of. Suppose we make a comparison: was the average Macedonian phalangite better trained than the Late Republican legionary? Citizens were divided into property classes, and those classes are then divided into centuries. The average got 18 times the pay of the standard soldier, 13,500 denarii, and centurions of first cohort got 27,000, whilst the primi ordines got 54,000. There are a number of features, however, that we can piece together.

Animation Gives A Neat Overview Of The Roman Army Organization A lot of money and effort was spent in command and control of the troops. Scipio Africanus introduced or reintroduced a four-day training regime that included requiring men to run 4 miles while carrying all their gear on the first day in addition to the regular duties and then to rest completely on the third day. The development from the maniple to the cohort is also credited to , though this change may have been finalised by Marius, rather than wholly implemented by him. Like many other armies in history, the Romans tried to keep the army busy, as there was nothing more dangerous than a group of soldiers with nothing to do. A trench would be dug around the settlement. An Army cannot be manoeuvred, a Government cannot be carried on, without it.

How was discipline implemented in the Roman army?

On the other hand, Roman soldiers on campaign must have been in fine physical shape - they worked extremely hard even before the Marian reforms, and their marches were legendary - and a few encounters with the enemy would have instilled confidence. When Octavian was fighting naval campaigns in 38-36, he was unable to make much headway until Agrippa arranged a closed lake for safe training of single and multiple vessels. Come the turn of the Republic, and the beginning of Imperial Rome, reorganised the Roman army, increasing the length of service and creating a military treasury, amongst other things. I have some questions: generally we all have the idea that Roman military training was superb and unmatched especially after Gaius Marius and 107 B. Also, I seem remember from the Civ2 civiliopedia that the Legion was used as a military unit until it was beaten by some knights at some battle dates and places ain't my strong side. Quote:I know there's a huge controversy about this, but was the switch to Lorica Segmentata a financial move merely or did it actually improve the quality of legionary equipment? By taking the oath a soldier denounced his civilian rights, and if he broke it, he would be at the hands of his commander and whatever punishment he saw fit. 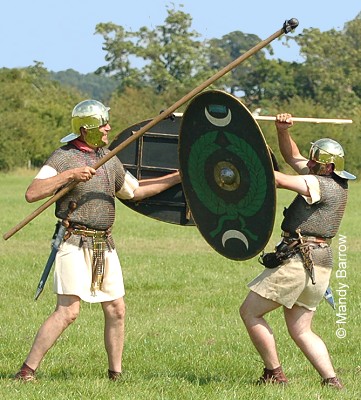 Forced marches while in precise formation and carrying all your equipment and armour would all be part of a normal day. When they retired after their active service, they would receive land and a regular income to support them. There were also the scouts whose task was to go ahead of the advancing main force and report on enemy activities. Armors, siege weapons, blades, and even the way the wooden shaft of a pilum would break during thrusts and on contact were efficiently researched and designed. Some would be assigned guard duty at the walls or gates, patrols around the fort, then there was repair and care of footwear, artillery, running and maintenance of the bath house, wagon repairs, arms maintenance, street cleaning, a range of administrative duties, and others. Matthew Quote:I am a bit heretical here in my belief that the Roman army's standard of professionalism was less than advertised. And that word of command is enough.